Look at this beautiful desert dweller!

At some point last year, I had purchased this little Opuntia Santa Rita. I was absolutely stunned to find that it started to push out new growth. It wouldn’t have been so surprising had it not been the dead of winter. It surprised me a little but I wasn’t complaining. This thing has grown immensely, and is now having a great time in my sunny greenhouse. These before and after photos are just too awesome. It’s cool to see how far it’s come along.

The cactus in the front of the pot is the same plant from the before photos. It had done so well for me, that I bought another one and planted it together. That one seems to be doing awesome too. I know that cacti and succulents tend to like their roots more bound, so they seem to like being housed together.

Opuntia Santa Rita are also called Prickly Pear, or Purple Prickly Pear. They can be found all across, Texas, New Mexico, Mexico, and Arizona. I will have to say that this particular cactus is pretty hardy. It can handle some extreme heat and some cold as well, as long as it’s a dry cold. They can survive down to 10 degrees Fahrenheit! Pretty amazing for a desert dweller. Blooming season is usually April to August. Mine hasn’t bloomed yet, but I don’t think it’s quite mature enough to do so. I keep my plant in a greenhouse, where it gets plenty of sun. Right now it’s winter, so I don’t need to water it much at all. During the summer months, I water thoroughly and let it dry out completely before watering again.

Anyways, thought you guys might appreciate the share. If you have any comments or questions, don’t hesitate to reach out 🙂

Little Groundwork is an online oasis documenting the everyday lessons and changes involved with cultivating a greener environment. Rooted in a love for all things nature and design, Little Groundwork hopes to spark that same passion into the hearts of many. We hope that you follow along with us and together we can learn, grow, and create a greener environment. View all posts by LITTLE GROUNDWORK 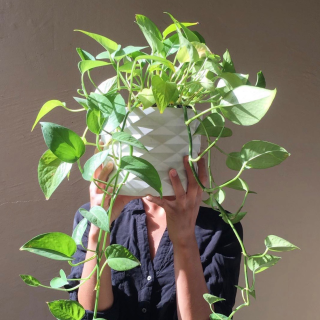